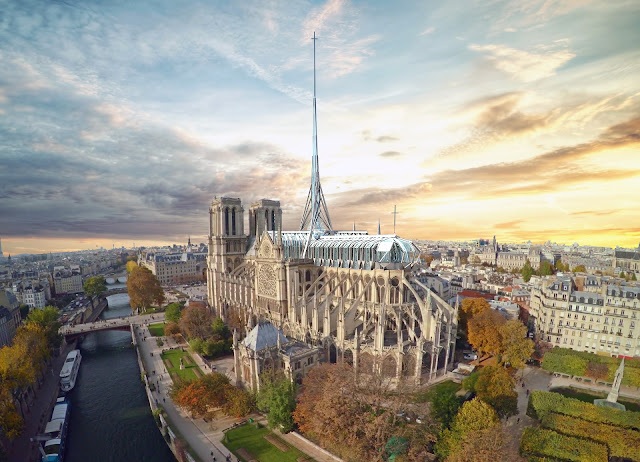 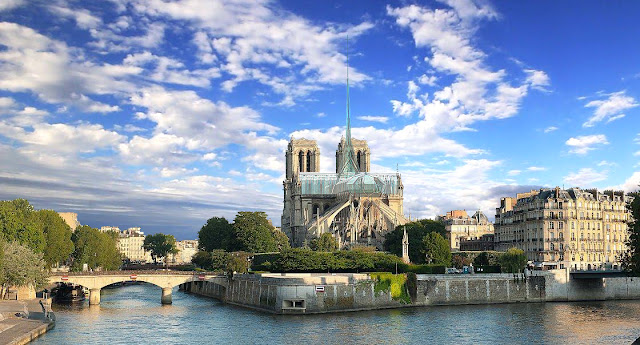 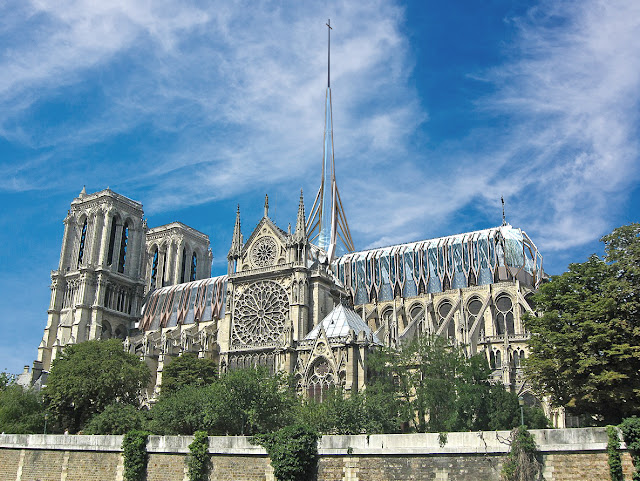 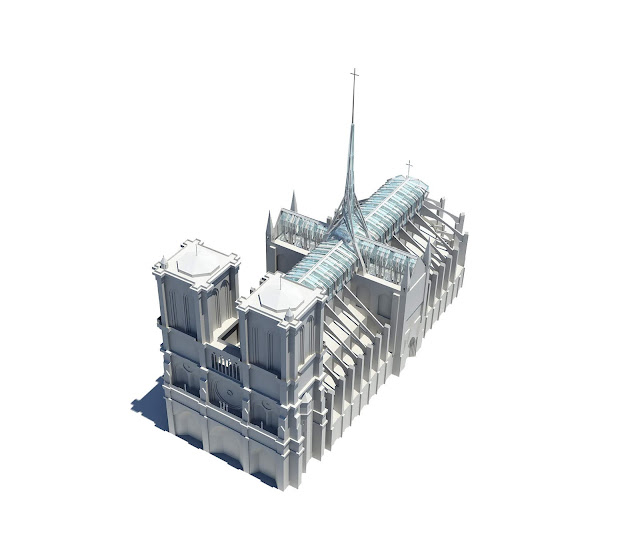 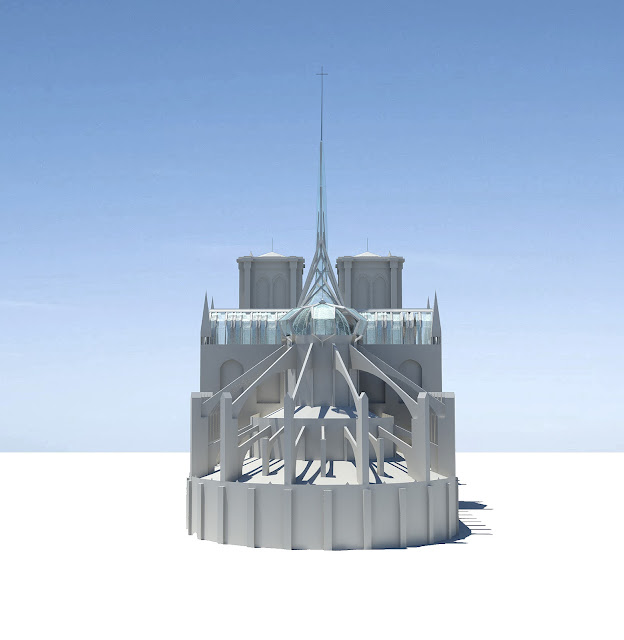 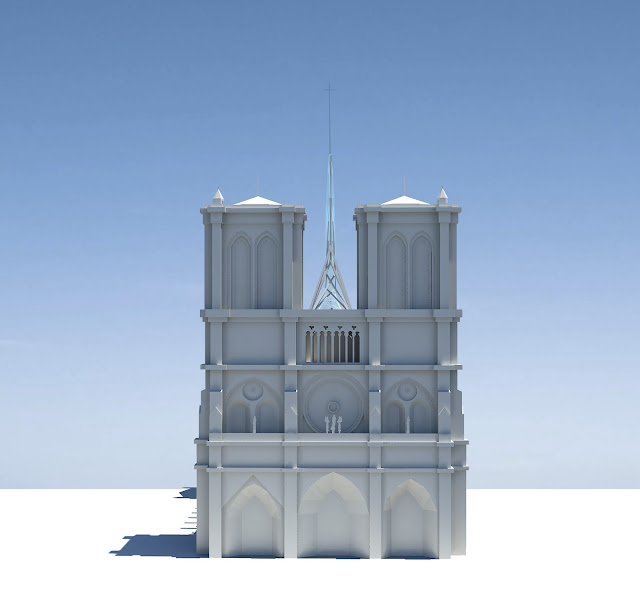 Notre Dame Cathedral Design Proposal
The design of the roof and spire is inspired by Catholic symbology and gothic architecture, synthesized and articulated by contemporary tectonics and technological details of assembly. The idea is to respect the function of the cathedral and preserve its symbolic art and architecture in the current design. In this respect Norte Dame is a historical and cultural structure that also houses Christian relics; fragments of the crown of thorns, nails of the crucifixion, and other instrumental relics as part of tradition, heritage, and Catholic history. This is significant in the representation of tectonic language and aggregation of structural arches. The design proposes a glass roof structure that is articulated by repetitive pointed ribbing, this is to resemble the crown of thorns as architectural reference and symbology. The spire morphs into a pointed glass obelisk resembling a single nail wrapped in a metal structure. The structure folds around the spire to reassemble ropes around the single point. At the southeast point of the roof, the design is capped with a contemporary abstraction of a crown of royalty and kingship. This is also symbolic language giving reference to religious and sacred art as well as giving historical reference to the era of Christendom to the cathedral’s early patrons. 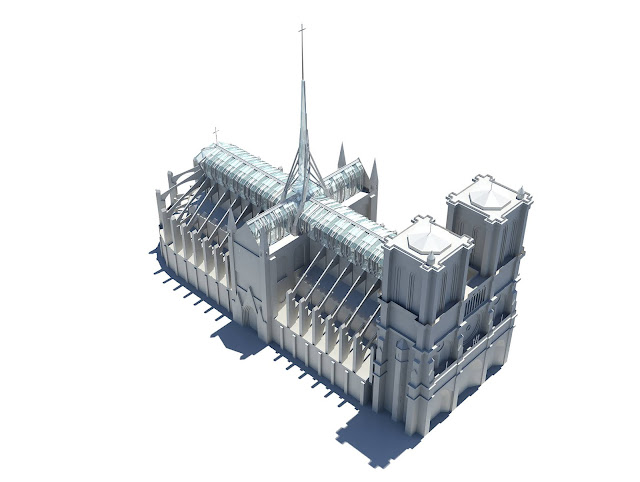 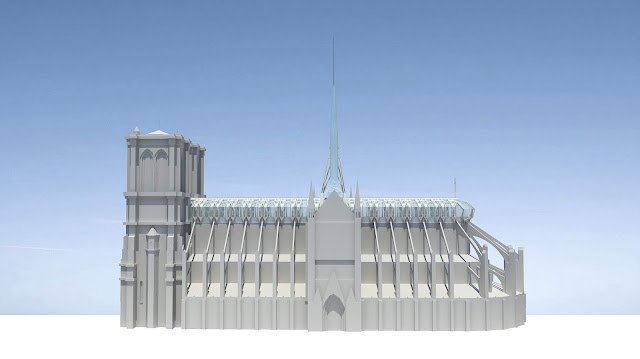 The architecture is primarily a double skin roof composed of multi-layers of steel and glass to accommodate circulation, lighting, and layered tectonic expression. The form and repetition of the steel members are fashioned from the flying buttress and pointed reliefs. The elevation is set in a hierarchy of architectural features, the flying buttress as the main support, to smaller elements along its elevation ascending to the roof line. The original spire that was destroyed in the fire contained sculptures of The Twelve Apostles, designed by Viollet-le-Duc. These could be reconstructed for the design or housed in a gallery within the glass roof. The function of the roof would have to be coordinated with the Archbishop of Paris and clergy for its functional use as well with engineers to find its structural capacity and accommodations. 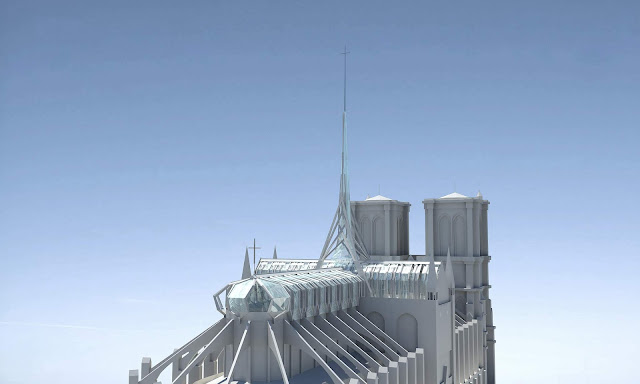 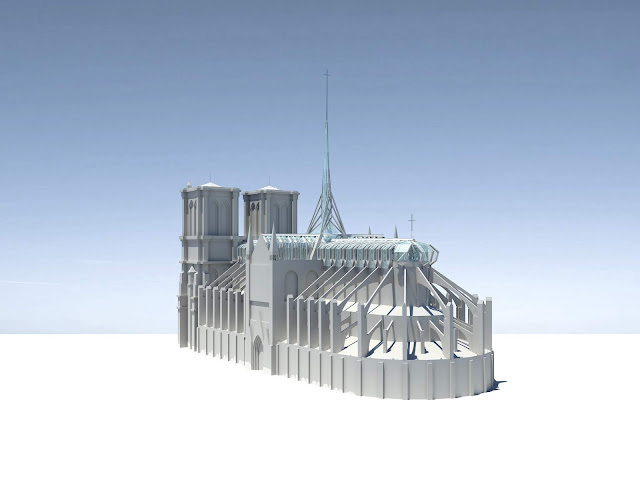 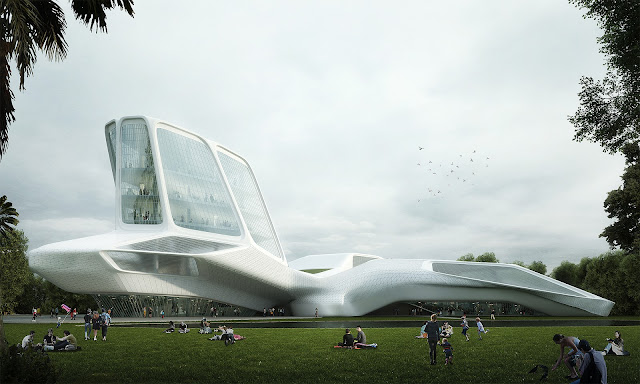 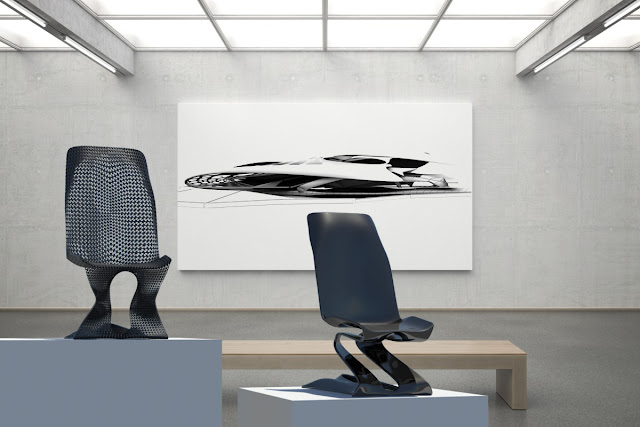